These days they are circulating on the net several initiatives in memory of the First World War. I happened to see several films related to “shell shock”: “shock of bomb”, but it can also mean “pod of shock“. This is because it was a way and a world in which took refuge the mind and the body of people who had seen and done the improbable: a way to protect themselves from a reality that they refused.

Today we would call “post-traumatic stress syndrome” in those days “dumb war”. Typically these people were ignored and excluded because blamed of their condition: they were impressionable and not brave.

Today we would say that they are more susceptible and the disease is in some ways a form of rebellion, the only granted, to barbarism. Not even talking about care at the time: we know that the asylums were hiding-parking where you locked up what was not clear. In the case of shell shock it was obviously used as a “countermeasure” electroshock. 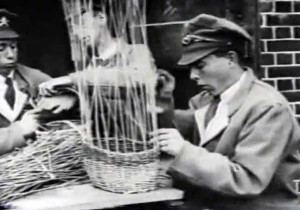 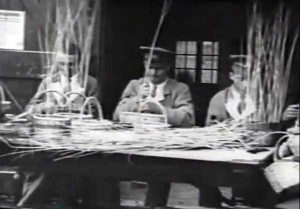 This video taken from a documentary, shows the rehabilitation methods used by a British military hospital, the Seale Hayne (in Devon). Here Dr. Arthur Hurst had a thought that, by then, it had to be revolutionary: if there is an illness, we must find a way to cure it. Among methods of rehabilitation, there is also the basketry, as shown by these frames. In fact, this activity was traditionally taught to disabled as lame, amputees and blind, so they could earn a living. 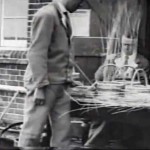 But who is the man on the left, that has taught these former soldiers the baskets making? To make containers of life, instead of “shells” of torment? We find the answer in another movie showing several poignant cases before / after care. Someone find it difficult to close your eyes, with a look between stunned and scared, that seems perpetually wonder “how can all this?”. Most of the patients presented tics, involuntary movements, tremors.

The Private Meek (which in English means “mild”) aged 23 and a certain resemblance to Bert, the sympatheticis chimney sweep from Mary Poppins. He is instead reduced to a wheelchair, completely “closed” physically and mentally: a cross between amnesia, autism and paralysis. It is hospitalized in 1917 when the war still going on. A year after the camera shows him a little lame, but proudly on their way to go there, right at the table of the previous movie, which not only makes baskets, but teaches it. Because the basket making, says the movie, is his “peacetime job“: his work in time of peace, but also his peace in times of war. In September 1919 the pictures show him completely recovered, coming down the stairs and make sure the circles with the arms. He must have been happy to be able to stretch your arms up, but the still frame seemed almost a sign of surrender. I preferred to put the frame with open arms, that seemed the sign of those who at last left the “shell”. Greetings, Private Meek, and good luck colleague. 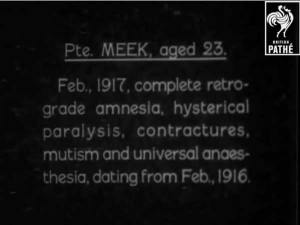 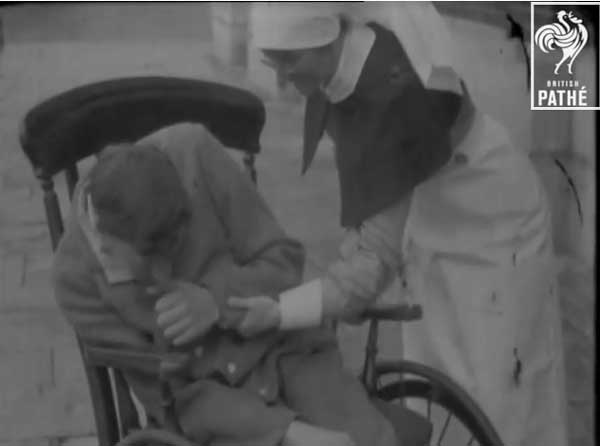 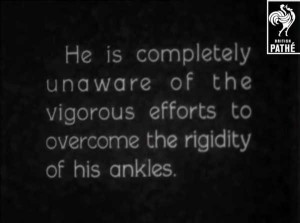 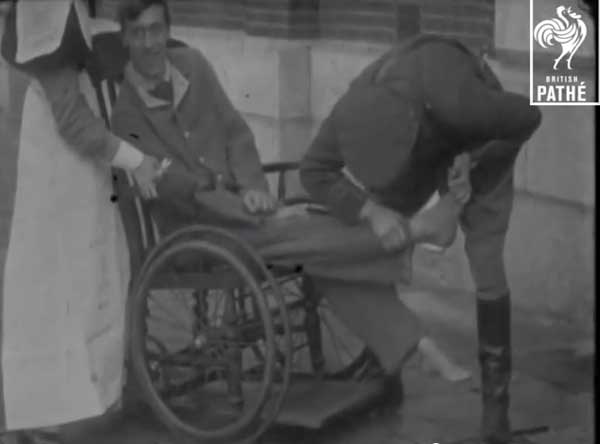 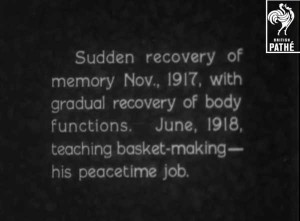 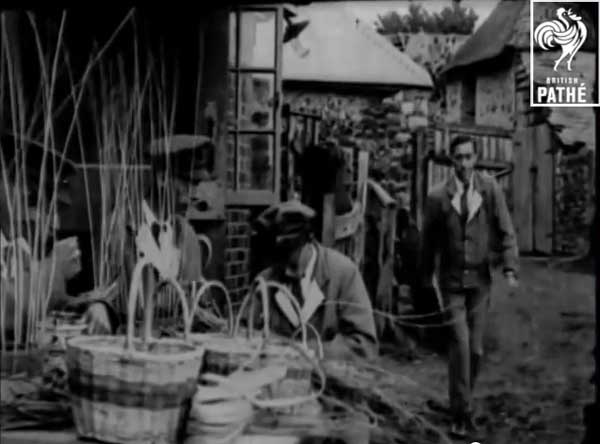 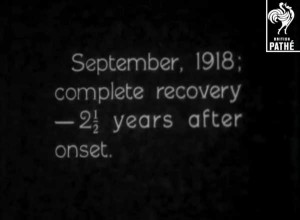 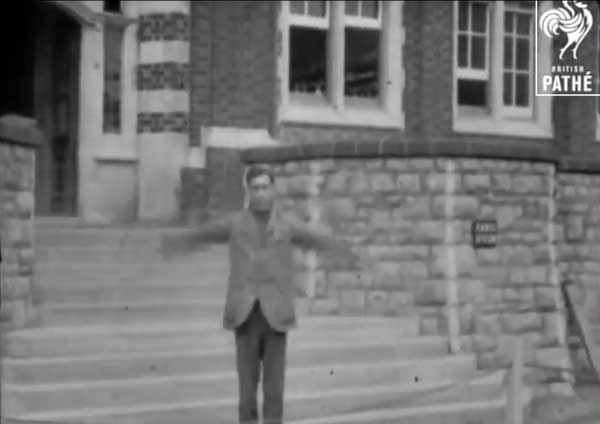 War neuroses Version B Reel 1 1917-1918 The full version of the original movie, which combines the two scenes (from the Pathé archive)